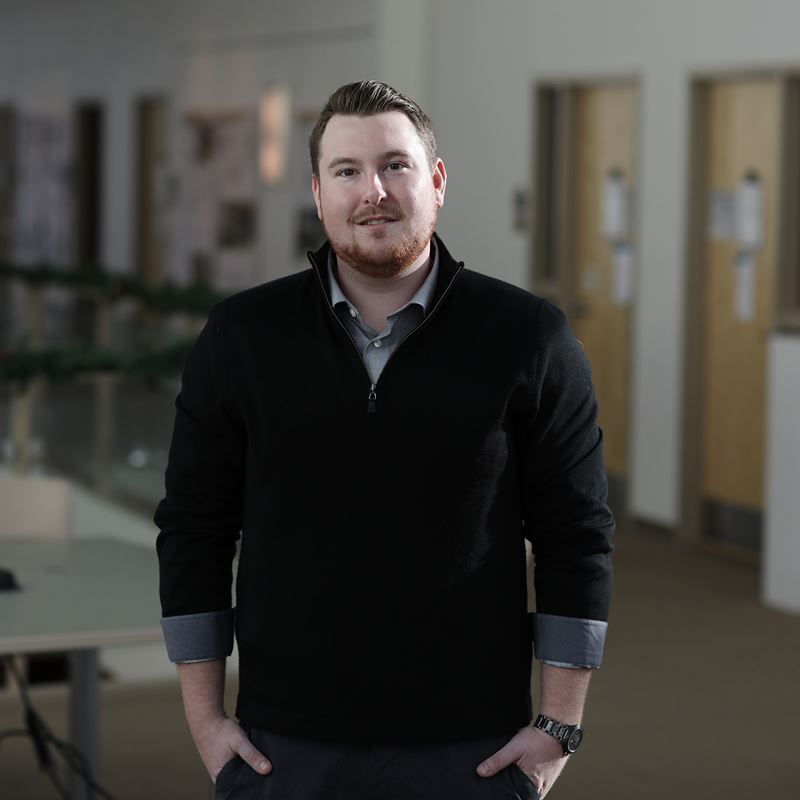 Matthew Donahue’s job interview with National Grid was memorable for everyone involved. The company was hiring 10 people to staff its new security control center, and Donahue, an Endicott College Van Loan School Homeland Security Studies graduate program alumnus, made the most of his opportunity with the final interview.

"“It was all stuff that I had learned in the master’s program. They were so intrigued that they asked me if I could put together a packet of some of the work I’d done throughout the program,” Donahue said. “I went home that night, grabbed a thumb drive, loaded it up with some of my best power points and papers, ran to Staples down the road, had them professionally printed and packaged them together, and brought them in the next day.”"

After Donahue handed them his coursework, it didn’t take the hiring group very long to offer him the job. And that’s a memory both Donahue and his manager like to recall.

“From what they tell me, they were blown away by the amount of knowledge I had and how prepared I was coming into that interview based on my schooling,” Donahue said.

Donahue had his sight set on homeland security from a young age, but he didn’t want to work for the government or know how to fulfill his dream. He earned a bachelor’s degree in political science with a minor in Middle Eastern studies from the University of New Hampshire, and his first job out of school was in sales.

Unhappy with his career, Donahue started looking at graduate programs, specifically in the field he always dreamed of working in. Endicott popped up first, and he was enrolled in the Homeland Security Studies program just in time to join the first cohort.